ImageMagick, one of the internet’s most widely used image processing services, is susceptible to attacks that may put your site at a huge risk of exploitation, according to recent reports. The discovery of this vulnerability means attackers could potentially steal your site’s data, or corrupt it entirely. Let’s take a look at what your SMB should be doing to protect itself from this security flaw.

ImageMagick is a tool that allows sites to easily crop, resize, and store images uploaded by third parties. Vendors continue to improve user interfaces and experiences by consolidating functions into all-in-one packages, which means administrators are becoming increasingly unaware of what specific services they are actually utilizing. ImageMagick is deeply integrated into countless web services and many webmasters may not even be aware they are using this unsafe software.

How can an image make my site vulnerable?

Recently, it was discovered that images can be uploaded that force ImageMagick into executing commands and permitting attackers to remotely insert harmful code into vulnerable sites. Images are actually made up of complex code that is translated into photos, icons, etc. Different file extensions use what are called “Magic Numbers” to define their file types. Manipulating these numbers allows attackers to exploit a flaw in ImageMagick. The service scans the uploaded file, and attempts to decode the source information whenever it detects the file is not what it claims to be. Scanning that code and attempting to rectify the file misappropriation can then trigger whatever was hidden inside the image and result in remote command of your site.

How should I protect my site?

ImageMagick has admitted knowledge of the security flaw and promised to release a patch very soon. Until then, experts advise implementing multiple workarounds to keep your systems safe. However, if you're not well acquainted with your web server and its code, then it's wise to consult an expert instead of attempting these changes on your own.

For those who are familiar, follow these steps. The first is to temporarily incorporate lines of code that preemptively block attackers from exploiting these holes. Those lines of code, and where to insert them, can be found here.

The next step is double checking that any image files utilizing the ImageMagick service aren’t hiding any harmful information. This can be accomplished by opening an image file with a text editor, and checking for a specific set of letters and numbers at the beginning of the text that define what type it is. The list of these “Magic Numbers” can be found here, and will reveal if an image is hiding its true purpose.

Ideally, administrators will halt all image processing via ImageMagick until a patch is released from the developers.

Data security is one of the most crucial aspects of any SMB, however, keeping up with the constant flow of security exploits and patches can be overwhelming for administrators of any ability level. Why not contact us to learn more about keeping your network secure and protected from exploits like this one?

Published with permission from TechAdvisory.org. Source. 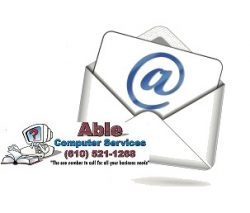